In this article, w’ll reveal 8 coolers comparable to Yeti, that are similar in build quality, durability, and ice-retention.

We will, of course, look at cheaper Yeti alternatives too, for those of us looking for the best cooler on a budget.

Why Do People Want a Yeti Cooler?

There are several reasons people want a Yeti cooler. It’s actually similar to buying a high-end vehicle for many people.

Some want the prestigious badge and the recognition that comes with it. Others know the product will preform exactly as it should. They’re well built and will stand up to a lot of abuse when hunting, fishing or camping.

There is also the fantastic marketing that Yeti has done to get their brand name out there and become one of the first brands mentioned whenever the topic of coolers comes up.

The people who buy a Yeti cooler and ignore all of the alternatives is primarily down to wanting their philosophy of “buy once, buy right.”

The quality over price argument rages on across all kinds of products, in a vast array of outdoor hobbies, but few more so than the often high-debated cooler arena.

However, when we look at the warranty range offered by many of the cooler brands, Yeti comes out on the low-end of the scale, when compared to say the Grizzly cooler, which offers a lifetime warranty.

Let’s jump into some coolers comparable to Yeti.

For the purposes of comparison, we will look at coolers in the circa 40-55 quart range. This enables us to compare like-for-like as closely as possible.

There are, of course, many other brands that can and do stand up to the quality offered by Yeti.

Most of them are indeed cheaper options too, which we find is the main reason people prefer other brands. 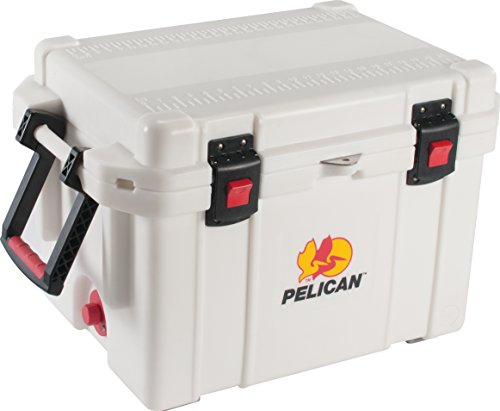 Another well-known brand in the cooler space is Pelican, who, unlike others, don’t attempt to compete on price but do put their efforts into producing an ice chest of superior build quality.

The quality of their materials and cutting edge design mean that when it comes to performance, Pelican really does compete.

Some say that Pelican coolers are even better than Yeti when it comes to ice retention, thanks to their superior gasket design and the Pelican ProGear Elite cooler is one of the highest-rated products on the market. 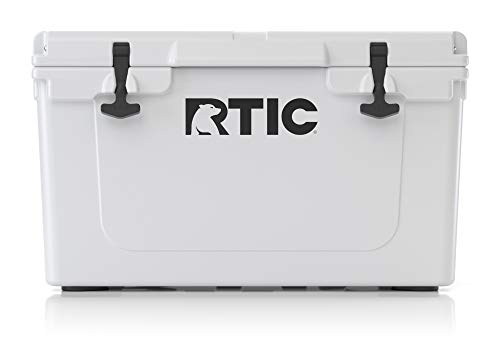 RTIC is one of, if not the THE biggest rival to Yeti. Since their inception in 2015, they have gone after Yetis market share and arguably made the biggest dent that any other cooler brand.

With their slogan “Half the price … Holds more ice”, they are calling out Yeti and testing fan loyalty (although they did get into trouble with this in July 2015 and a trademark infringement was filed by Yeti).

I mean, who doesn’t want a cooler that can hold more ice and is also cheaper?

Whilst you will have to be the judge yourself on how much ice they hold and if they can indeed hold more than an alternative Yeti cooler, the half the price part really does hold true. 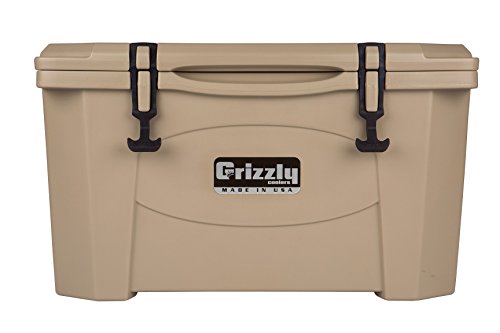 Grizzly coolers have been around for a long long time, and offer products that are much cheaper than Yeti.

However, that isn’t to say they sacrifice on quality either, as they offer not only a lifetime guarantee but also coolers that are 100% indestructible.

Their range is also one of the largest on the market and offers options similar to the Yeti cooler sizes. 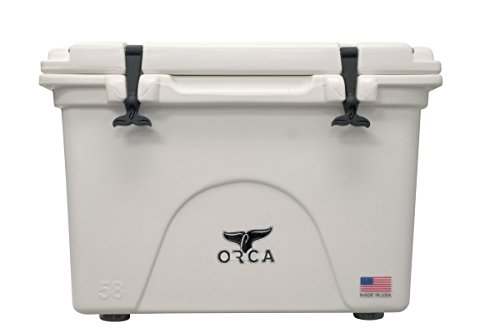 The appeal of Orca coolers is that they are made in the USA, which alone is something to make you stop and consider opting for an Orca instead of a Yeti.

Many consider the Orcs coolers to be better than Yeti alternatives, due to their build quality and lifespan. 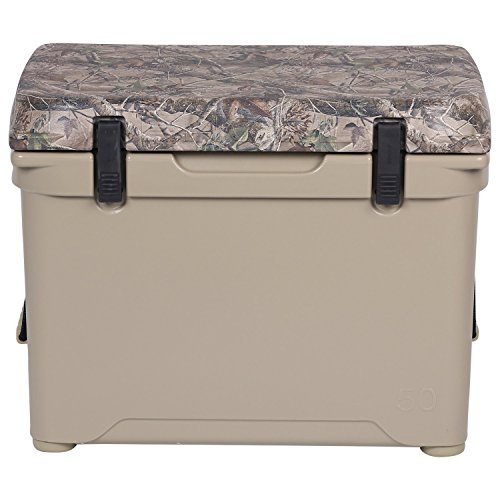 Engel is renowned for their ice-retention, so if you envisage trips that involve multiple days away then and Engel cooler may just be what you need.

These coolers have proven to keep ice for an additional couple of days when compared to a similar Yeti. 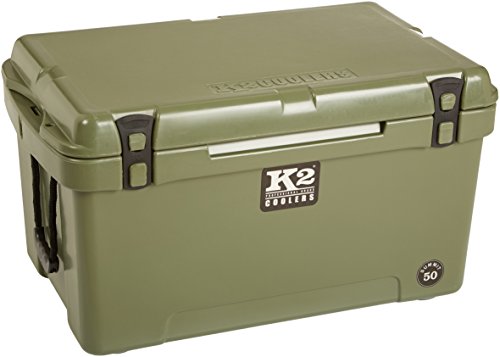 The K2 cooler series, whilst being much simpler in terms of sizing options, is also cheaper than comparable YETI models. Visually K2 coolers like remarkably similar to the Yetis, which can be a little confusing initially.

But they do offer a good range of color options to choose from depending on your intended use.

There is also a wide range of accessories available such as seat cushions and dividers etc similar to what Yeti offers. 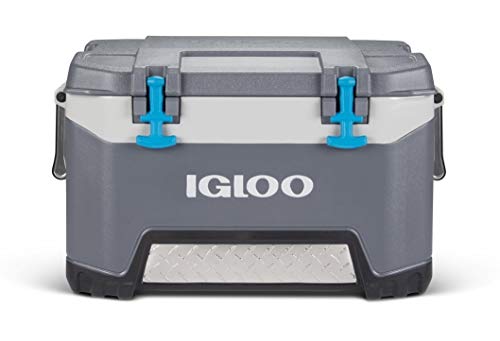 Another cheaper option to Yetis are the Igloo coolers, with their stand out product being the Yukon Cold Locker which is known for its durability, ice-retention and of course low price.

With so many different sizes and capacity options, it’s easy to see why Igloo coolers are extremely popular for multi-day camping and hunting adventures. 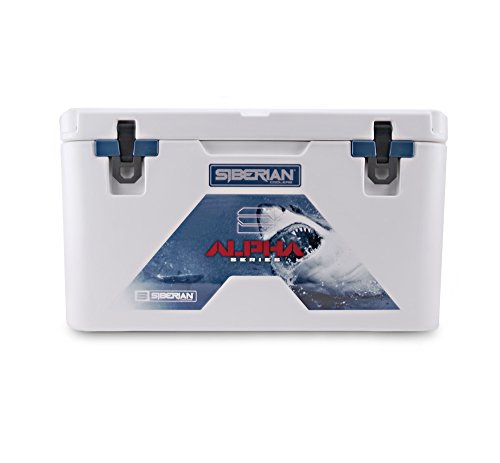 Siberian coolers are one of the cheapest options, but don’t let the price tag put you off. They’re not ‘cheap’, per se, but when compared to the likes of Pelican and Yeti they certainly look that way.

What makes the Siberian ice chests so appealing is the quality of build and the lifetime warranty they offer on all of their products, such is their confidence in their products.

If you’re one of the more price conscious amongst us or you have a budget you’d like to stick to, the following brands and products may suit you better and be more affordable than a Yeti. 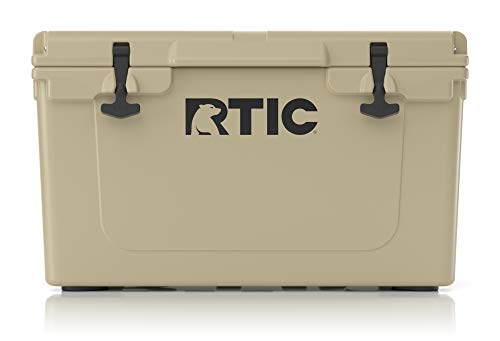 The 45-quart RTIC cooler comes in at a very reasonable price (under $200 at the time of writing) and offering 3″ thick insulated front, back and side-walls, robust latches and a quick-drain system to remove excess water.

This cooler is a popular option for those looking for a cheaper alternative to Yetis as they have several comparable features that make the Yeti what they are. Things such as non-slip feet and tie-downs make this a great option for the budget conscious buyer. 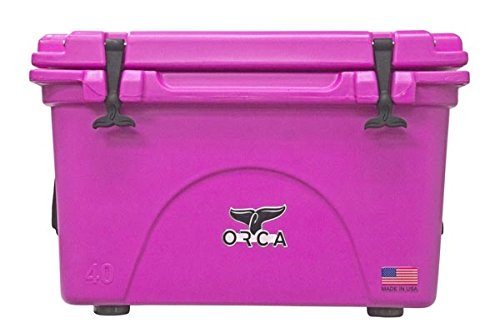 Orca coolers have grown in popularity over recent years, it seems like everywhere you go people are sporting Orcas. Be it tailgating for the football or hunting with buddies, they’re literally everywhere.

Albeit slightly more expensive than the RTIC alternative, the Orca 40QT does have many great features, such as the attached cargo net which is used for adding extra storage capacity to your cooler.

They have the same roto-molded construction you would expect from coolers in this price range, combined with the Orca lifetime warranty, you can’t really go wrong.

The Grizzly 40-Quart Cooler, whilst not the cheapest Yeti alternative, they are very much like Yeti when it comes to build quality, shape, size, and options.

If you’re looking for value for money, Grizzly coolers are right up there with the likes of RTIC, Pelican and Orca.

Is It Worth Buying a Fake Yeti Cooler?

As with any popular product, there is always a market for fake and ‘knock-off’ goods which are almost always inferior, and when it comes to coolers, this certainly holds true.

Fake Yeti coolers are simply not worth the money. Not only will you be supporting unethical and potentially illegal trade, but you will also have a product that doesn’t function as well, has little or no refund policy or manufacturers guarantee and for the money you would save, it’s also simply not worth the risk.

If you’re considering a fake Yeti cooler due to budget constraints then I suggest you take a look at our list of cheaper Yeti alternatives.