According to archeological records, Humans have been fishing with artificial flies since the time of the Roman Empire although, their equipment was very primitive by today’s standards.

However, it is important to be aware that because modern artificial flies have very little weight and a tremendous amount wind resistance, they cannot be cast in the same manner as a conventional fishing lure and thus, they instead require a weighted line to cast them.

Consequently, the 5 weight fly line has become the single most popular fly line weight among freshwater fly fishermen due the fact that it provides a good balance between the ability to cast a wide range of fly sizes, the ability to cast them in the wind and, the degree of delicacy in the caster’s presentation. 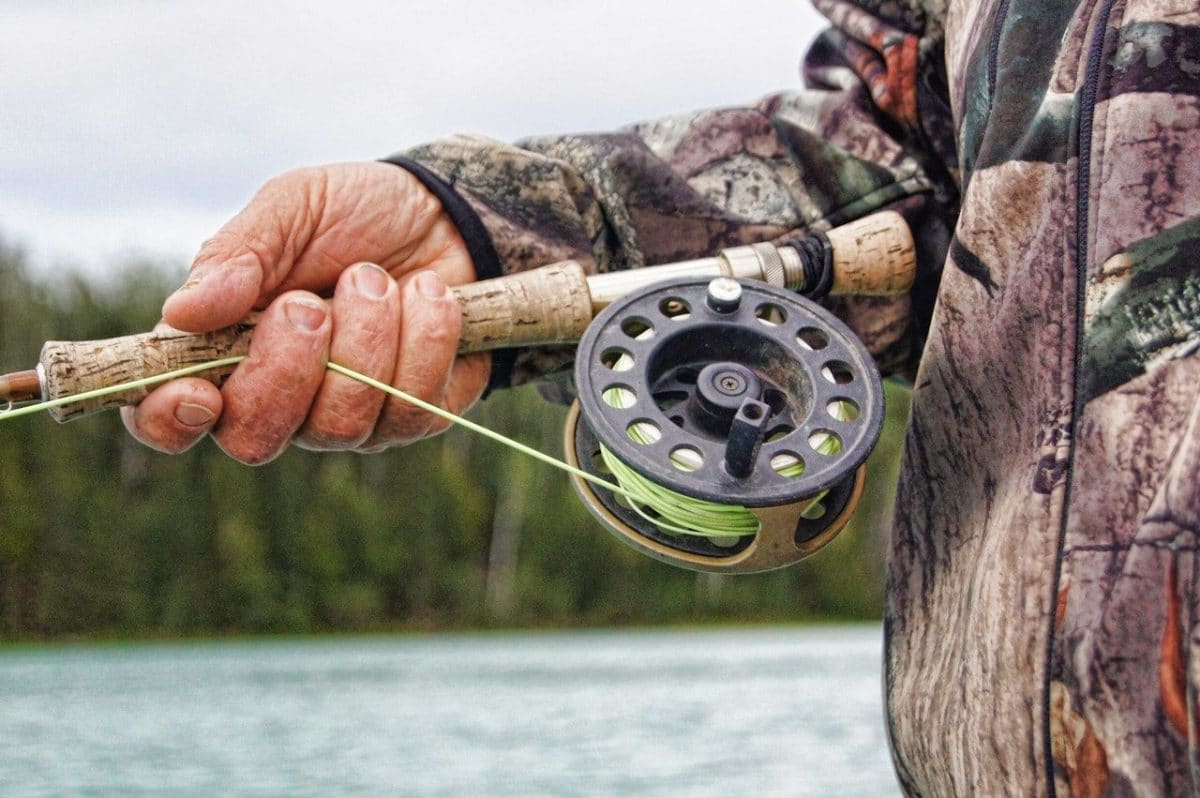 So, because all fly rods are specifically designed to cast a specific weight fly line, let’s start our discussion with an examination of fly lines. Thus, it is helpful to first understand that all fly lines are made by covering a core of braided Dacron with a plastic coating that is designed to either float or sink depending on its intended purpose.

Therefore, all fly line weights are determined by measuring the first 30 feet of the fly line in grains (440 grains = one ounce) and then, they are designated as weights 1 through 14 with a 1 wt. being the lightest and a 14 wt. being the heaviest.

However, it is also important to note that the lighter a fly line is, the more delicately it will land on the water’s surface and, the heavier it is, the less delicately it will land. Thus, most fly fishermen not only choose their fly line weights according to the size of the fly that they will be casting, they also choose them according to degree of delicacy they need in their presentation.

For instance, freshwater fly fishermen who commonly pursue trout in small, clear, mountain streams tend to prefer small flies and light fly lines such as a 3 wt. or 4 wt. because they land gently on the water and thus, they do not spook the fish.

But, freshwater fly fisherman who commonly pursue larger fish species such as Smallmouth Bass, Largemouth Basss, Pike and, Muskie with larger flies and, who are not nearly so concerned with the degree of delicacy in their presentation, often choose line weights 6, 8, or 10.

Thus, by the same token, freshwater trout fisherman who commonly fish with a wide range of fly sizes from very small aquatic insect imitations such as May Flies and Caddis Flies to much larger terrestrial insect imitations such as grasshoppers and crickets need a highly versatile fly line that provides a reasonably delicate degree of presentation.

Therefore, according to fly rod manufacture’s sales statistics, the 5 wt. fly rod is the single most popular freshwater fly rod in existence.

However, there is far more to choosing a fly rod than simply choosing an appropriate fly line weight since both the length of the rod and its action must also be taken into consideration. Therefore, it is important to note that fly rod length is most often determined by the size of the water an angler is fishing as well as the distance over which they will be casting.

In fact, fly rods are very much like golf clubs in that they are each designed for a specific purpose. Consequently, fly fishermen have a running joke that we all need a rod caddy to carry our various fly rods on the stream for us. That way, we can simply turn to our rod caddy and say: “7 ft. 4 wt. please,” or “9 ft. 5 wt. please”.

But, in addition to choosing an appropriate fly line weight and an appropriate fly rod length, there is also the issue of choosing and appropriate fly rod action. Therefore, you also need to be aware that fly rods are commonly available with one of three different actions ranging from slow to medium to fast which is a description of how limber or stiff the rod is. But, before we discuss fly rod actions, let’s back up a moment and recall that all fly lines range in weight from 1 to 14 and that all fly rods are designed to cast a specific fly line weight.

However, having said that, there is also the issue of how much fly line you will commonly have extended beyond the rod’s tip and thus, the reason for the different actions. For instance, for any given fly line weight, when fishing at relatively close distances, a fly fishermen will have very little fly line extended beyond the tip of the rod and thus, there will be very little weight to cause the rod to bend (aka “load”) and thus, a slow action fly rod is required when casting at close ranges.

But, when casting over much longer ranges, a fly fisherman will have considerably more fly line extended beyond the tip of the rod and thus, a fast action rod is required for casting over long distances because the rod has to carry more weight.

Thus, it is important to keep in mind that fly rods are very much like golf clubs in they are purpose specific and thus, avid fly anglers often have multiple 5wt. fly rods for different situations.