We Compare The Echo CS-600P vs. Husqvarna 455 Rancher Chainsaws

Both Echo and Husqvarna make chainsaws that are just as durable and well-engineered as the more popular (and expensive) Stihl, and these two brands should not be overlooked.

For that reason, we’re doing a side-by-side comparison of Echo’s and Husqvarna’s “top” saws: the CS-600P and the 455 Rancher, respectively.

Both are excellent chainsaws and you truly can’t go wrong with either one. However, we’re going to dive into the nitty-gritty details and see what truly separates these two saws.

After reading this article, you’ll be able to make a clear cut decision based on preferences, functions, and priorities. 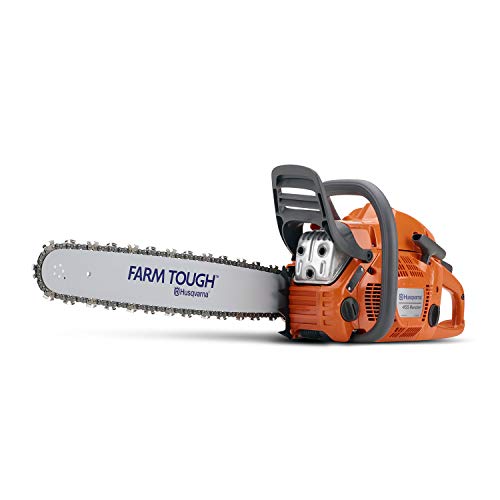 Though Stihl is the “A-list” name in the chainsaw game, Husqvarna has a very devoted following in its own right, as certain people swear by its throttle response and power, thanks to the “X-Torq” design that results in top notch air flow all throughout the machine.

Indeed, air flow is something that the Rancher does extremely well, using ventilated ducts to get rid of the exhaust fumes while also mixing in a calculated combination of air and fuel.

Ease of use is also a huge plus for the Husqvarna series. According to Popular Mechanics, the Rancher was already assembled straight out of the box, and it only took two tugs to get it started for the first time.

By most accounts, the 455 Rancher is a relatively durable saw. Users have even reported using it on hard and soft wood 6 months out of the year for over 10 years without it showing too many signs of wear.

The 455 Rancher is an average-powered saw, with 3.5 horsepower being pretty comparable to the industry standard. The saw can handle big wood, such as 22-26 inch oak, but some users have reported bar oil leaks. One user even recommended the Jonsred 2255 if you’re looking for more power and handling for cutting through thicker wood. If you’re looking for top of the line power, you may need to look elsewhere.

However, the 455 Rancher truly stands out from rest of the crowd for its intuitive, easy to use design. It comes assembled, it starts easily, and its ventilation system means it’s unlikely to break down easily. Overall, a simple, easy-to-use model. 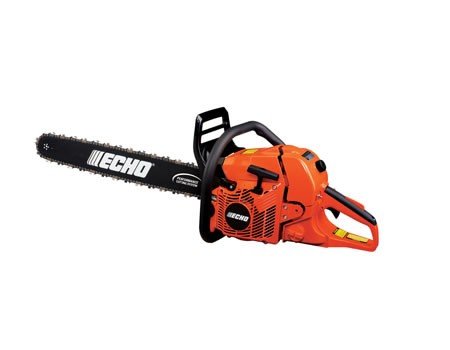 Quite similarly to its competitor, the Echo CS-600P is an extremely intuitive, easy-to-use chainsaw. It’s very simply constructed, and it gets the job done every time. A Popular Mechanics tester summed it up best: “They just build good, honest equipment.”

The CS-600P’s chain-brake lever is a marvel to behold, putting in an extremely crisp and emphatic shift. Moreover, the CS-600P also features an engine with a broad torque curve, a convenient on/off switch, and useful and efficient decompression valves and air cleaners. It starts every single time that you needed to – almost always within the first four pulls – and it’s light enough to maneuver around despite being able to cut through heavy duty wood.

Overall, the CS-600P may not boast a lot of features or frills, but it’s just really really good at constantly cutting through wood without breaking down. That’s about all you can ask for in a chainsaw.

The CS-600P can run all day, every day if you need it to, putting in a workmanlike shift without too many signs of wear and tear. Honestly, there’s not much more to say about it than that. If you buy this model, you’ll have a working chainsaw for years.

This Echo model handles and powers well, cutting through tough wood steadily and with ease. As we previously mentioned, the engine with the broad torque curve really shines when you’re making tough cuts.

The CS-600P certainly isn’t cheap; however, given its power, ease-of-use, and durability, it’s absolutely worth every penny, and you’ll appreciate the investment more and more over time.

When your coworkers’ chainsaws are breaking down after a few years and your CS-600P is still starting on the fourth pull, you’ll know you made a good choice.

Though it’s tempting to reach for the familiarity of Stihl or Husky when you’re looking to get a new chainsaw, you won’t be sorry if you choose either of these slightly lesser known models. Chainsaw Echo vs Husqvarna, who won?

It has to be said: the Husqvarna 455 Rancher is an awesome, basic saw. It’s simple, intuitive, and gets the job done.

Though it struggles with some tasks that require high power, it’s reasonably priced and can do almost anything you ask of it.

Nevertheless, the Echo CS-600P is simply one of the best saws you can purchase, regardless of price.

Though it’s a little bit more expensive than the Husqvarna model, it makes up for it when you’re grinding through tough cuts and you need that little bit of extra power.

It’s easy to use, dependable, and durable. What else could you ask for in your next chainsaw?