Are The Lowa Tibet GTX Boots A Good Buy? A Full Review & Breakdown

As an avid hiker, explorer and adventure junkie you know that a good backpacking or hiking boot is a “must have” when you’re out in the outdoors, hitting trails and climbing mountains.

In today’s article, we’re going to talk about the highly rated backpacking boot. 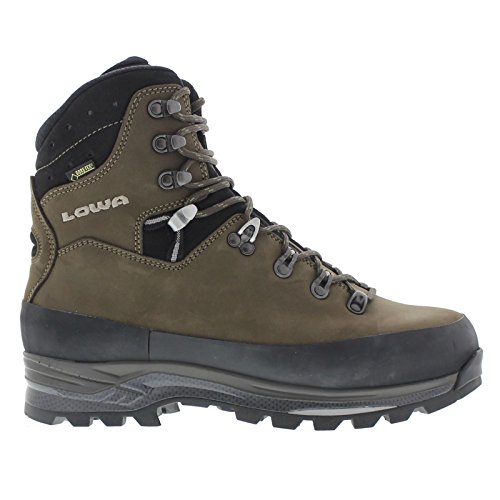 I’ve personally used these particular boots on numerous trails across the US and have taken these to three different continents so I know a good deal about these boots and have certainly put them through their paces.

On fact, I’ve covered about 1,000 in them, so I can review these from personal experience and tell you how Lowa Tibet GTX stack up.

To put it simply, these are pretty much the top of the range when it comes to the Lowa backpacking series of hiking boots and there are many reasons for that.

First up these boots have a lot of really cool features, for starters, we’ve got the nice and comfortable Vibram sole on the bottom and the lugs in the grip are really wide, which means the spacing between each is bigger than average.

What this does is allows the sole of the boot to get great traction when stepping on rocks and hard jagged surfaces, and when it comes to mud, snow, and grit the sole easily kicks out any loose mud and rocks and also snow. So the soul is always very clean and free from debris which can seriously hinder your traction ability.

Without this feature, you simply wouldn’t have a very good traction.

This boot is also really tough, with a durable and water repellant hard rubber toe which runs all the way around the outside of the boot, so it can easily take a lot of abuse, of which I can attest too.

I’m also a fan of full leather boots, and the reason I like them is because they fit really well and they conforms much better over time to your foot. So that they become a lot more comfortable overall than a synthetic type of boot.

One of the other great features of this Lowa Boot is the lacing system, now Lowa is the only boot manufacturer that has this style of lacing system which consists of a stud in the middle of the tongue which allows you to wrap a lace around it so that you can tighten them down really tight.

This way they won’t come loose over time and you can get the perfect tightness suited to your style and foot shape. This also prevents the upper part of your boot becoming much looser versus the lower part of your boot, which is a big downside to other boots that don’t have this unique lacing system.

Above all, you want a nice and tight ankle support, which is possible thanks to the upper eyelets that also move around, allowing you adjust them to exactly how you want it.

The Lowa Tibet GTX boots are also really tall, around 7″ in height from the top of the foot arch. This is a tad taller than most backpacking boots and that gives you that extra protection from ankle injuries which are probably the most common injury that you can get in the outdoors.

Overall I really love these boots,  they’ve got a gore-tex interior lining which means it’s 100% waterproof and they are really super breathable which is an important factor when looking for comfortable boots. Like I mentioned earlier, I’ve taken these boots everywhere with me, to places such as South Africa, Nepal, Europe, South America and the Fjords of Iceland, and they have really performed extremely well. If you’re looking for a great pair backpacking boots you should definitely check out the Lowa Tibet Pro GTX boots.

Click here to check the latest price on Amazon